Regina, SK (Mar. 2, 2020) – You don’t have to tell Milissa Gavel about the importance of buckling up, because she and her 14-year-old son Kai are living proof. They survived a high-speed rollover when Kai was just a baby.

In December 2005, Milissa, then three-month-old Kai and a friend were driving on Highway 10 from Melville to Regina. As they pulled out to pass a vehicle on the single-lane highway near Edgeley, she hit a patch of black ice. Milissa swerved to avoid crashing into the vehicle she was passing, and her SUV ended up in the ditch where it rolled at least two times before coming to a rest.

The vehicle’s side windows were shattered; the ditch was strewn with Christmas presents that had flown out during the rollover. But Milissa, Kai and her friend remained inside, alive, and – amazingly – completely uninjured. 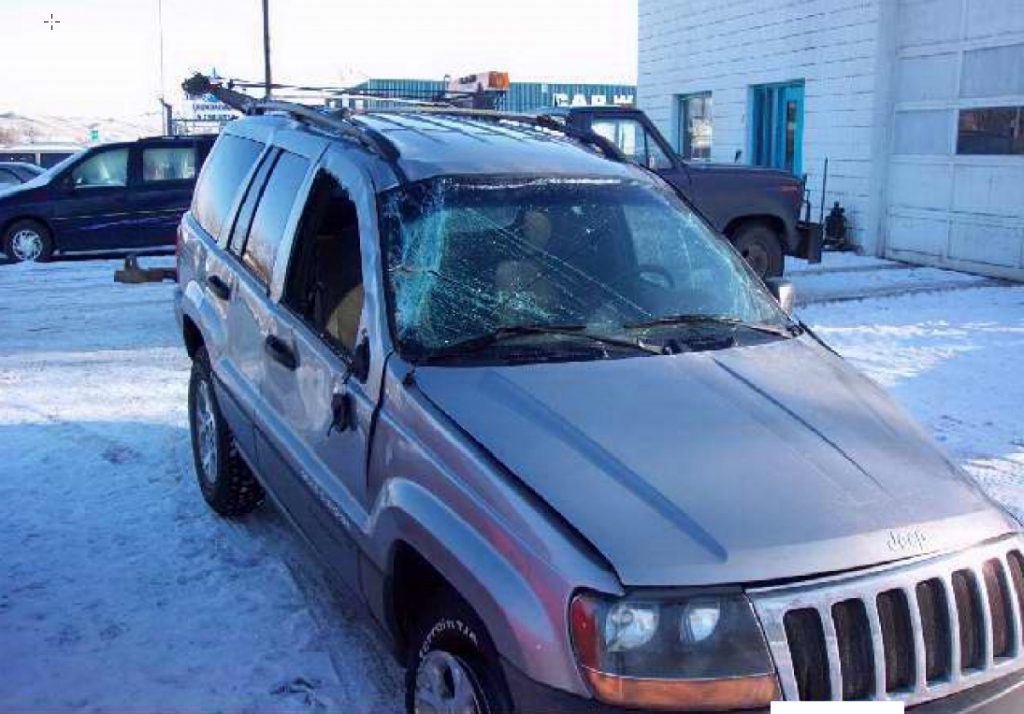 “If we hadn’t been wearing our seatbelts, and if Kai hadn’t been securely in his car seat, I’m sure we would have been ejected – or partially ejected – during the rollover,” Milissa said. “We are alive today because we buckled up.”

In a crash, buckling up can be the difference between being shaken up… or dead. Just ask Milissa , or any of the people who commented on our recent Facebook thread when we asked, “Was there a time a seatbelt saved YOU from injury… or worse?”

That’s why, in March, SGI and law enforcement are shining the Traffic Safety Spotlight on occupant restraints (a.k.a. seatbelts, car seats and booster seats).

“There are many fatalities we attend that would have had a different outcome if the victim was wearing a seatbelt,” said A/Cpl. Adele Breen of the RCMP F Division Forensic Collision Reconstruction Program.

Wearing your seatbelt reduces your risk of being injured or killed in a crash by about 50 per cent. While most people wear their seatbelts, there are still many people who – inexplicably – do not. Over the past decade (2009-2018), improper or non-seatbelt use was a factor in an average of 34 fatalities and 231 injuries per year in Saskatchewan. In 2019’s Traffic Safety Spotlights, police across the province reported an average of more than 500 tickets issued every month for people not being properly restrained in seatbelts or car seats/boosters.

“Today’s vehicles have many modern safety features, but a properly fastened seatbelt remains the most important, quickest and easiest way to help ensure your safety in the event of a collision,” said Penny McCune, Executive Vice-President of the Saskatchewan Auto Fund. “For little ones, it’s very important to make sure they are safe and snug in the appropriate car seat or booster, according to their size.”

Drivers: you are responsible for making sure that every passenger under the age of 16 is properly restrained, and you can receive a ticket for each one who isn’t. Visit an SGI seat clinic or book an appointment with a car seat technician to ensure that your child is in the correct car seat and is safe and snug. Tickets for not wearing a seatbelt and for not having a child properly restrained both cost $175, plus three demerits.