Members of the public urged to call 9-1-1 to report suspected impaired drivers: SGI

Regina, SK (Aug. 1, 2019) – High-visibility checkstops. A tip from a citizen who called 9-1-1. An unmarked police vehicle stationed near a bar, ensuring people don’t get behind the wheel impaired. A suspicious odour coming off a driver pulled over for speeding and driving erratically. A roadside sobriety test administered to a driver who caused a collision.

Those are some of the ways police across Saskatchewan catch between 200-400 impaired drivers every month.

Heading into the August long weekend and throughout the month, police will employ those tactics as the August Traffic Safety Spotlight is shining on the issue of impaired driving, which remains the top cause of road crash fatalities in Saskatchewan.

Did you know the risk of a crash doubles on long weekends?

“While we have seen significant reductions in impaired driving injuries and fatalities over the previous decade, far too many people still make the potentially deadly decision to drive after drinking or using drugs,” said Penny McCune, Chief Operating Officer of the Auto Fund. 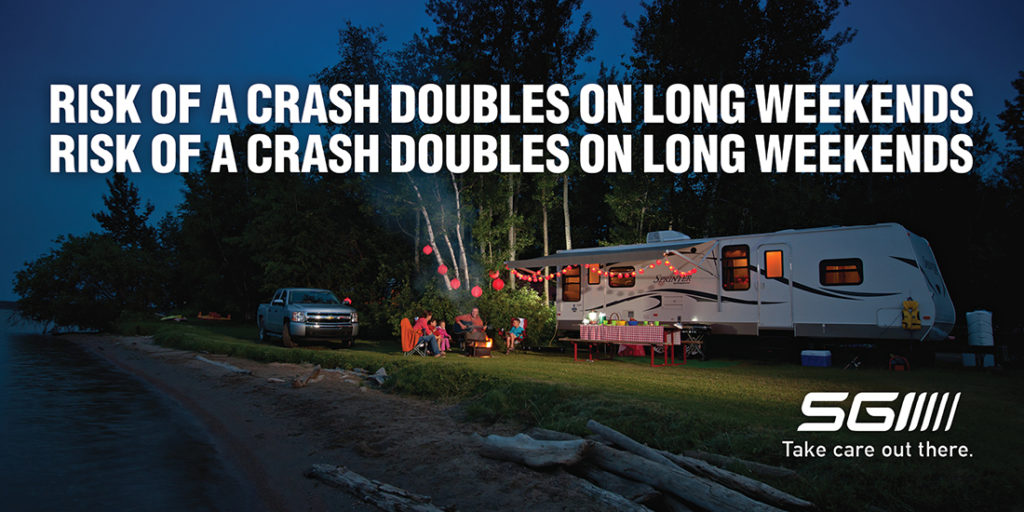 “Police agencies across Saskatchewan have made impaired driving enforcement a top priority,” said Saskatoon Police Staff Sgt. Patrick Barbar. “A plan is all you need to avoid becoming a statistic; get a designated driver, take a cab or rideshare car, stay over or use transit.”

While police work hard to enforce Saskatchewan’s driving laws, members of the public can help address the impaired driving problem as well.

Be a good wingman, and stop impaired friends and family from driving. Call them a safe ride (sober friend, taxi, designated driving service, or rideshare), or offer them a place to stay over.

If you observe someone you suspect is driving while impaired, you are encouraged to call 9-1-1 to report it through the Report Impaired Drivers (RID) program. Callers should try to provide as many details as possible: the location and direction the vehicle is travelling, the make, model and colour of the vehicle, licence plate number, a description of the driver and the suspicious driving behaviour. Watch a video produced by the RCMP to get an idea of what to expect when you call.

10 possible signs of an impaired driver:

If the driver performs poorly on a field sobriety test or registers a failure on the roadside screening device, they can have their vehicle seized and licence suspended for at least three days. If the officer has reasonable grounds to believe that a driver is impaired by a drug or alcohol they can demand that the driver submit to an evaluation conducted by a Drug Recognition Evaluator (DRE) or a breath test at the police station.

If a driver subsequently performs poorly on a Drug Recognition Evaluation, or exceeds .08 blood alcohol concentration (BAC), that triggers Criminal Code charges. This results in a minimum 30-day vehicle seizure, an indefinite licence suspension until the charges are dealt with, and – upon conviction – potential fines, jail time, ignition interlock requirements and driving prohibitions.