Boston, MA (Oct. 18, 2018) – Personal lines insurers are actively investigating emerging technologies and developing strategies and plans related to individual new technologies. Technology is advancing so rapidly that it is difficult even to define what should be considered an emerging technology. For the past several years, SMA has been tracking 13 technologies that many consider to be emerging. These include technologies such as autonomous vehicles, AI, wearables, the Internet of Things, and more. In our recent research, five of these technologies have emerged as “power players” for personal lines insurers, based on the level of insurer activity and the potential for transformation. The specific plans by insurers for these and other technologies are detailed in the SMA report, Emerging Tech in Personal Lines: Broad Implications, Significant Activity.

Some big themes for emerging tech in personal lines stand out:

Certainly, other trends and much emerging tech activity are happening outside these main themes. Wearables, new payment technologies, drones, blockchain, and other technologies are being incorporated into strategies, pilots, and investment plans. The next few years promise to be quite exciting as advancing technologies spark more innovation in the industry.

Mark Breading, a Partner at Strategy Meets Action, is known for his insights on the future of the insurance industry and innovative uses of technology. Mark consults with insurers and technology companies on forward thinking strategies for success in the digital age. His inventive methods and his ability to incorporate InsurTech and emerging tech into business strategies are unparalleled. Mark also leads SMA’s research program, has overseen the publication of over one hundred research reports, and directed custom research projects for insurer and tech clients. His thought leadership in the areas of InsurTech, emerging technologies, customer experience, and digital strategies has earned him rankings as a “Top Global Influencers in InsurTech” by InsurTech News and Onalytica and a place in the 10 finalists for the “Top Global IoT in Insurance Influencer Award.”

Before joining SMA in 2009, Mark spent 25 years with IBM, where he co-developed IBM’s Account Based Marketing program and led the global project office to implement ABM across all industry verticals worldwide. Mark has held both technical and business roles in sales, consulting, marketing, and business strategy and has advised insurers around the world for almost 30 years.

He is a frequent speaker at industry events; an InsurTech mentor with the Global Insurance Accelerator; and a frequent contributor of articles to Insurance Thought Leadership, Insurance Networking News, LOMA Resource, and many other industry publications. 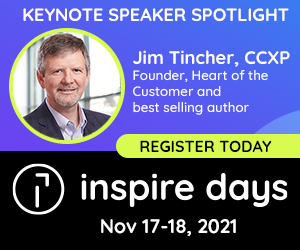