Boston, MA (Jan. 10, 2018) – This year’s CES is no less mind-boggling than prior years. With 2.7 million square feet of exhibition space, about 4,000 exhibitors, hundreds of sessions, and 180,000 people, it is virtually impossible to take it all in. However, there are a few big themes that always emerge, along with a variety of interesting new products – some are potential game-changers while others are head-scratchers. But I’ll save a more in-depth analysis for another blog to concentrate on one overarching theme I’ve seen from CES2018 – the prominence of the user interface.

This emphasis on the UI is especially interesting since CES has historically been considered a “hardware” show, with the latest and greatest statistics touted by tech companies. Metrics related to speeds, capacities, pixels, size (some devices keep getting bigger while others keep getting smaller) and other units of measure dominate the discussions and marketing materials. But one prevalent thread throughout much of CES2018 is the dramatic expansion and innovation regarding how we interact with computers and the world around us.

Start with the fact that voice assistants are increasingly embedded into new solutions – Alexa, Google Assistant, Cortana, Bixby, and others from prominent tech brands are leveraged in home devices, vehicles, mobile devices, and many other smart things. Next, consider the fact that haptics and gestures are becoming more advanced and being used to control more devices. New car company BYTON unveiled a car that allows interactions via five simple hand gestures (and that vehicle also has a 49-inch touchscreen and has integrated Amazon’s Alexa). Also, interactions based on our movements continue to be enhanced in the VR world.

Another area in which interaction is rapidly advancing is the use of biometrics. Click here to read the full blog. 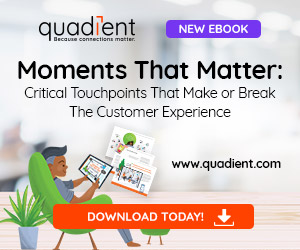