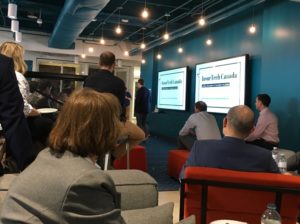 InsurTech is the hot topic this year, and for good reason. In the effort to improve consumer engagement, InsurTech’s new technology-driven construct is showing value. But can we envision base insurance principles being stretched in service of modernity?

Customer Experience – Oxymoron or What?

Having worked in the industry for a while, I can say – hopefully, with some credibility – that it is tough to get consumers positively excited about personal lines insurance. Some factors:

For the last two decades, technology has been a strategy for differentiation. In the 1990s, insurers saw an opportunity for meeting consumers in the new Internet environment. There were some innovations that had promise:

At the end of the day, however, pure technology became available to most insurers and brokers who became fast followers.

A new breed of developer took a different look. Instead of automating insurance requirements, these keeners decided to disrupt the existing processes and prescriptions by creating new, fully-digital, data- and analytics-driven organizations and technologies. The majority of implementers were start-up companies, funded by akamai VCs.

A major differentiator was building customer engagement to continuously improve customer experience (CX).  Similar activities had been taking place in banking and other financial services, with some success.

All of this encouraged incubators and accelerators to provide space and support to help build a new ecosystem.   And, before long, new products and services came to the market. Insurers and suppliers supported the start-ups and became customers.

And the race was on. We are now seeing a significant minority of insurers, brokers, and mature start-ups implementing InsurTech’s technologies and writing new business.

This sparked a new clarion call: “The Future of Insurance is InsurTech”.

Don’t get me wrong. I am a fan of knowledgeable consumers being engaged by technology that cuts through complicated explanations and allows 24 x 7 access to information and actions.

At the same time, however, some of the InsurTech products have very specific parameters and conditions, which may not extend to commonly accepted insurance definitions. Of course, most insurance covers have a degree of caveat emptor, but the insurers and distributors have agreed to common practices.

So where could this all go? Truth told, I don’t know with certainty, but smart practitioners I know will maintain the principles of insurance while leveraging InsurTech. Hence the title of this post; which puts Insurance itself on point.

But don’t take my word for it!

At the 2017 Insurance-Canada Executive Forum (#ICXF2017) on 29 August 2017, we will have practitioners, InsurTech experts, and analysts who have a much better view of this particular future. Here’s a small sample of our faculty:

Hope to see you there. Meanwhile, I would be interested in your thoughts on which comes last: InsurTech or Insurance.