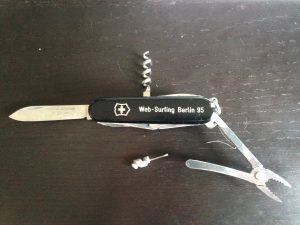 In 1995, there was a lot of noise about the Internet revolutionizing insurance, which would result in savvy players becoming future winners.  While there was some impact, it looks like the real revolution was waiting for the ‘InsurTech’ phase.  What happened, what is making the difference, and how do you get more information?

Insurers have relied on technology since the 1950s. Consultancy ASI paints the picture from that era:

(W)e see massive mainframe computers filling rooms, requiring heavy duty air-conditioning and raised floors to hide all the cables and wires. We see row after row of desks piled high with paper, and at each one, a woman (typical for the era) doing clerical work.

The target applications were almost exclusively financial to improve the accuracy and contain headcount.

In the 1970s, suppliers such as Policy Management Systems (now part of CSC) introduced enterprise wide systems which expanded the roles to underwriting / claims management and reporting.

The scope of use expanded, but the systems never found a home in the executive suite.  Data required by senior managers were prepared by users.  Deadlines at quarter- and year-ends were the stage for high drama.

The introduction of the commercial internet in the early 1990s created lots of discussion at all levels, including the corner offices.  The senior executives could use their laptops to get external information and use use email.

Perfect.  The only issue was integration with the core systems so there could be dynamic reports which brought in data from multiple sources  and that was on the list.

The Millennial bomb appears, with a short fuse

If you are of a certain age, or know what the “Y2K Bug” was, feel free to skip the next 2 paragraphs.

The turn of the 21st century was long anticipated by many prophets and prognosticators.  But one group – computer developers – were a bit short-sighted. To conserve space in databases, date fields in a large number of programs only had two digits for the year. So Prince’s song would be translated to “Party like it is 99.”

The consequence was potential ambiguity in data calculations resulting, potentially, in unexpected outcomes, such as infrastructure breakdowns or incorrect calculations of time-sensitive payments.

The outcome was a diversion of large groups of developers to perform primarily manual remediation of programs.  This was a top priority as the end date couldn’t be changed from 31.12.1999.

Other projects – such as exploitation of the commercial internet – were re-prioritized and, in in some cases, deferred indefinitely.   In addition, senior line managers had another reason to be sceptical about IT, especially in mission critical initiatives.

As insurers know well, the market has been soft for an extended period.  At some point, creative underwriting, core system modernizations, and tactical cost reduction exercises have a limit in supporting profitable growth.  The only thing left is new, intelligent  technology.

And, in this case, InsurTech solutions  become very appealing.  These solution showed promise in other financial verticals and offer the opportunity to disrupt others while putting up a defence against being disrupted.

At present, there are new developments rolling out of a small but growing group of insurers and brokers, several of which are Canadian.

But many practitioners are still evaluating the opportunities and threats. And Insurance-Canada.ca is bringing resources together to help.

The 2017 Insurance-Canada Technology Conference (Tues., February 28) and Insurance-Canada Broker Forum (Wed., March 1) are two events with a common theme. We will be bringing practitioners, developers, support resources (accelerators, incubators) and analysts to help attendees determine the value of InsurTech in their current environment and how to embark on programs.

We will use this space to highlight the sessions’ contents. Registration is open, and we look forward to seeing you at ICTC2017 and ICBF2017.